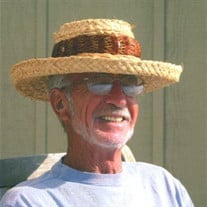 Tony Long, a Maui resident since 1968, died July 9, 2019 at Kula Hospital, Keokea. He was born Salvatore Anthony DiPippa on July 13, 1928 to Rocco and Josephine DiPippa. The Family moved to Los Angeles, and after Pearl Harbor changed their name to Long. After graduating from Loyola High School, Tony enlisted in the U.S. Coast Guard, and served for three years at the Port of San Pedro. He married Margaret Gardiner and they settled their growing family in the Echo Park neighborhood of LA, as Tony began his career as manager of Warehouses and Freight Traffic for the Kirby Shoe Company. In 1965, a divorced, single-parent, Tony’s life changed when he met his future wife and partner, on a Bayside bench in Sausalito. Soon, he and Barbara, with his four children, seeking a less stressful life, packed up surfboards and their VW van and moved to Lahaina. There Tony embarked on a new career as a designer/builder, remodeling many of the new shops transforming Front Street into a visitor shopping mecca. As their business grew, Tony and Barbara established DiPippa Enterprises, specializing in residential and commercial design that upgraded Maui’s older buildings while retaining their historic character. And they collaborated on remodeling unique homes for themselves, in Kaupakalua, in Spreckelsville, and finally designing and building a new home on a beautiful slope in Keokea. Tony and Barbara hosted many celebrations and parties over the years, including two memorable Italian Olympic Games, New Years’ Eve and birthday festivities and bi-weekly volleyball games. Tennis at the Maui Country CLub became a fun part of his life, as well as the many friends he made on the courts. Tony was happiest at home with a glass of Pinot Grigio and his perpetual game of solitaire, and loved to share his home and his advice with family and friends. He was a mentor to many, young and old, and his quick wit and positive attitude stayed with him to the end. Tony Long is survived by his wife, Barbara, and by his children, John (BJ), Steven (Rene), Mark (Cindy), and Michele (Dale); grandchildren Chris Long, Jennifer Alvarado, Peter Long, David Long and Rebecca Duff, and grandchildren PJ, Nicole and Courtney Long, Samantha, Nicholas and Andrew Alvarado, Vailei Long, and Shayla, Trinity, Rory and Piper Duff; hanai daughter Nancy Clark, and his cat, Rocco. A remembrance party for Tony will be held in the Fall. Any condolences for the family please forward to Nakamura Mortuary.

Tony Long, a Maui resident since 1968, died July 9, 2019 at Kula Hospital, Keokea. He was born Salvatore Anthony DiPippa on July 13, 1928 to Rocco and Josephine DiPippa. The Family moved to Los Angeles, and after Pearl Harbor changed their name... View Obituary & Service Information

The family of Anthony S. Long created this Life Tributes page to make it easy to share your memories.