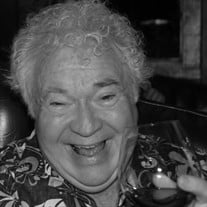 Edward Leo “Eddie” Mathews, 90. June 28, 1931 – October 18, 2021 Edward Leo Mathews (originally Edward Leon Matulewicz) was born in the Dorchester district of Boston Massachusetts to Alexander and Stephania Matulewicz on June 28, 1931, the youngest of eleven children. At age eleven, following the death of his father, he began providing material support for his mother by delivering groceries, shining shoes, and collecting scrap metal. He attended Saint Margaret’s Catholic School and graduated from Boston English High School (where he was a classmate of actor Leonard Nimoy) in 1948. In 1951 he enlisted in the U.S. Army, and served as a combat infantryman in the Korean War, attaining the rank of corporal. He was honorably discharged in 1953, at which time he legally changed his name from Matulewicz to Mathews, the alias by which he had been known since being enrolled in school by his older sister. Following his military service, he attended Boston University on the GI Bill. He left BU upon accepting a position in the Executive Training Program (ETP) at the Jordan Marsh Company, a prestigious department store chain then popular in the eastern U.S. This was the beginning of a profoundly fulfilling – some would say illustrious – forty-plus year career in sales and merchandising for Eddie, as a buyer, sales manager, and later, independent sales representative. While at Jordan Marsh, Eddie met Barbara Anne Roddy, of Malden, Massachusetts, an artist and interior decorator who was also enrolled in the ETP. They married in 1955. Moving to an apartment on Blue Hill Avenue in Dorchester in 1956, they welcomed the first of their five children, Marianne the following year. Eddie and Barbara next moved their growing family to a small home on Mechanic Street in Foxboro, Massachusetts in 1961. Over the next few years Eddie made frequent business trips to New York City, eventually relocating the Mathews family to Teaneck, New Jersey in 1964. As aficionados of musical theater, and now living only a short drive over the George Washington Bridge from Manhattan, Eddie and Barbara enjoyed many popular Broadway shows during this time. And, practicing their great joy of entertaining friends and family, they began a storied tradition hosting regular dinner parties for visitors from near and far. After accepting a position with the Mele Manufacturing Company, Eddie and Barbara moved the Mathews family back to New England, to a house on Saint Elmo Road in Worcester, Massachusetts in the summer of 1973. They would remain there for the next twenty-two years. In 1983, Eddie and Barbara took their first trip to Hawaii, a two-week long visit to Maui. Returning for longer periods each successive year, they developed a deep love for the Rainbow State, and during a six-week stay in 1993, purchased a house on Akai Street in Kihei. A year later they retired to the island paradise home of their dreams, where they remained for the rest of their lives. Eddie was renowned for his warm and magnanimous personality. He projected joy, enthusiasm, and a great love for everyone he became close to, which in reflection, was a truly uncountable number of people. His address book, chock full of names and places from his rich life, is a singular artifact in the Mathews family canon. He never hesitated to lend a hand or provide support whenever needed or asked for. Generous to a fault, he was quick to shelter those closest to him from the pains, stresses and worries of life, even at the cost to his own well-being for assuming too many burdens himself. During a time when it was more common and acceptable for a man in his profession to spend afterwork hours having cocktails with colleagues, or weekends golfing and schmoozing with associates, Eddie’s joy was his family, and he never missed an opportunity to spend quality time with his wife and children. In that regard, he was a genuine trailblazer, and his “Saturday Dates with Dad” are some of the fondest memories his children will ever have. His example and legacy live on. Eddie passed away peacefully on the evening of October 18, 2021. He is predeceased by his beloved wife of 45 years, Barbara, eldest daughter Marianne, daughter in-law Lori, sisters Mae, Estelle, Mary, Anna, Julia, Frances and Leona, and brothers John, Alexander and Joseph. He is survived by son Scott and his wife Hazel, daughter Stephanie and her husband Daniel, son Douglas, daughter Dania and her husband Harlan, and grandchildren Zoe, Paden, Tyler, Sarah, Grace and Kyle. To Eddie, loving husband, father, brother, uncle and friend… Aloha nui loa.

The family of Edward Leo "Eddie" Mathews created this Life Tributes page to make it easy to share your memories.