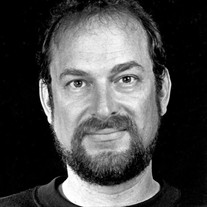 Jerry was born in Pittsburgh, PA, to Bernard & Lois Labovitz. The family moved to Los Angeles when he was one year old. He attended Granada Hills Elementary in San Fernando Valley, CA. His aunts and uncles soon followed and he was very devoted to his family and many cousins. As a teen, he lived in Malibu, became a surfer, and went to Santa Monica High School. He graduated from Santa Monica College with a degree in business, supporting himself along the way as a sous-chef and a waiter. He then moved to Berkeley, CA, where he joined The One World Family and worked in their natural foods restaurant on Telegraph Avenue. In 1972 he moved to Oahu’s North Shore with friends and later worked in Waikiki as a chef and taxi driver. In 1973 he moved to Maui and became a chef at Cafe Paradise on Front Street in Lahaina. He became a licensed Realtor-Broker in 1977 and enjoyed working at various Real Estate agencies with Jim Worley, JoAnn Aki, Gordon Stellway, Carol Ball & Tracy Stice. He purchased Neldon’s Carpet & Drapery business with his father in 1981 and, over 36 years, became lifelong friends with many of his loyal customers. Ahead of his time, he started McHealthy’s Restaurant in 1990 at Five Corners in Kahului (where Costco stands today). He met the love of his life, artist Cynthia Conrad in 1981. They married in 1991, bought land, built a home, and owned a Kihei condo. They designed and built their dream home on two acres in Makawao in 2001 where he loved to propagate and care for their tropical fruit trees and exotic flowers. Jerry closed Neldon’s and retired in 2019. Jerry is remembered as a kind and gentle man. Fun-loving and creative, he enjoyed getting together with friends. He was a culinary artist, sharing food, and hosting extravagant theme parties such as his annual and legendary PizzaPalooza. Dancing to live music and supporting Maui’s local musicians were passions for him. He also promoted and supported Mana’o FM radio from its early beginnings. Jerry and Cynthia loved exploring the world and traveled extensively to Mexico, Puerto Rico, the Caribbean, to Canada, Greece, Italy, Turkey, New Zealand, Australia, Japan and South Korea. They often visited his far-flung family for special events, reunions and celebrations all over the United States. Jerry is predeceased by his parents, and survived by his wife Cynthia Conrad; sister Sue (Larry) Duhrkoop; nephews: Alexander (Rachel) McCartney; Todd McCartney, Alyssa McCartney. Grand nephews and nieces: Grant and Bianca McCartney; Addison, Riley and Logan McCartney; Aunts and Uncles: Roslyn Schwartz, Karen Labovitz, Mel Labovitz and Stanley Rubin; brother-in-law Larry Conrad, as well as numerous first and second cousins. His favorite charities were The Maui Food Bank; Maui Forest Bird Recovery Project; and Hospice Maui, whose tender and compassionate care exceeded all expectations. You are welcome to make donations in the name of Gerald (Jerry Labb) Labovitz, as he is known by both names. Scattering of Jerry’s ashes will take place at a later date. He will always be in our thoughts and hearts.

Jerry was born in Pittsburgh, PA, to Bernard & Lois Labovitz. The family moved to Los Angeles when he was one year old. He attended Granada Hills Elementary in San Fernando Valley, CA. His aunts and uncles soon followed and he was very devoted... View Obituary & Service Information

The family of Gerald (Jerry Labb) Labovitz created this Life Tributes page to make it easy to share your memories.