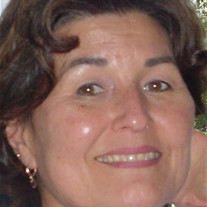 Geraldine (Geri) Mary Lim transitioned from this world at noon on Sunday Feb 27th under the tender care of her family and Island Hospice after a prolonged decline due to Frontotemporal Degeneration. Geri was born May 30th, 1943 in Schofield Barracks Hospital in Wahiawa, Oahu. She was the daughter of Alice (Sunny) Cho Bernard and Col William Bernard of Kaneohe, Oahu. As the first-born of a military family, she moved all over the country and even lived in Japan for some time. She married at 19 years of age and had three children: Amber, Edie and Harvey. Eventually, Geri moved from Tacoma to Seattle where she completed her Masters in Public Administration from the University of Washington. It is here that she found and married her soulmate, Thatcher. Geri had a notable career in finance working at King County Finance Division, City of Seattle Department of Community Development, Office of Management and Budget, ending her work life as Chief Financial Officer of the Seattle School District. In 2010 Geri and Thatcher moved back to Hawaii, putting down roots in Makawao just a few miles from her daughter, Edie, and her two children. Geri welcomed returning to rooster calls and a bounty of plants to nurture. She graduated with the 2011 Maui Master Gardener class, and then promptly and beautifully re-created her yard. Eventually the disease took strong hold and Geri entered home hospice care at the end of July 2020. She received dozens of loving visits from mainland and Oahu families. Her husband, Thatcher, daughter, Edie, and hanai-daughter, Davika, lovingly tended to her slow decline until her passing. Throughout they were compassionately supported by the wonderful staff of Island Hospice. Geri is survived by her husband of 42 years, Thatcher Deane, three children from her first marriage: Amber Ferrese, Edie Wise, and Harvey Bauer Jr.; two hanai children, Xavier Dige and Davika Dige; two fostered children: Kameha Medallada and Gabriel Medallada; five grandchildren: James Ferrese, Izac Bauer, Sofia Bauer, Malia Provonsha, and Ryan Wise; one great grandchild: Ryder Provonsha; six sisters: Gina Tymn, Teresa (Pumpkin) Shimabukuro, Peggy Wormley, Pat Perkins, Julie Palmer, and Becky Bernard; four aunties: Elizabeth (Junie) Whitesell, Mildred Carr, Muriel Orsi, Annie Cho; plus a hoard of cousins, nieces and nephews. Geri’s relentless passions around family, social justice, gardening, and good food infuses all who knew and loved her to their cores. There is so much more about how much her love and example meant to the lives she touched that can never be fully expressed. She was a strong, feisty, and independent woman that will be missed by her loved ones. Rest in Peace, our beloved Geri. In lieu of flowers please make donations to the Hana Mana Foundation directed to Maui Island Hospice or to the Association for Frontotemporal Degeneration (AFTD). A Celebration of Life is to be scheduled on Maui. Contact [email protected] to be informed of details.

Geraldine (Geri) Mary Lim transitioned from this world at noon on Sunday Feb 27th under the tender care of her family and Island Hospice after a prolonged decline due to Frontotemporal Degeneration. Geri was born May 30th, 1943 in Schofield... View Obituary & Service Information

The family of Geraldine "Geri" Mary Lim created this Life Tributes page to make it easy to share your memories.

Geraldine (Geri) Mary Lim transitioned from this world at noon...