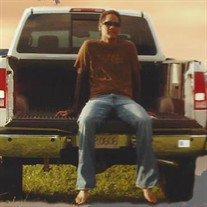 Isaac James Honokaupu, 30, of Haiku, passed away peacefully on September 22, 2016 at Maui Memorial Medical Center, surrounded by his loving family. Services honoring Isaac will be held at Nakamura Mortuary on Saturday, October 8, 2016. Visitation will begin at 9:00am, with services beginning at 10:30am. Cremation will follow. Isaac was born on March 17, 1986 in Wailuku to Andrew & Theresa Honokaupu; he was the youngest of four children. Growing up, Isaac attended Doris Todd Memorial Christian School, and graduated from King Kekaulike high school in 2004. Upon graduation, Isaac went on to work for All Star Produce and later assisted his dad at Haiku Laundromat. In his spare time he enjoyed listening to music, singing, and spending time with friends and family. Isaac was quick witted, humorous and fun-loving. He had an easy-going spirit, and quiet demeanor, but could always be counted on to cheer you up. He will be remembered for the inherent ability to make anyone smile. Isaac leaves behind to cherish his memory, parents; Andrew & Theresa Honokaupu, brother, Tai-Chong (Christina) Honokaupu; sisters, Sulan (Tony) Simmons and Yet-Lin Honokaupu; nieces, Nicoletta, Felicia & Kiana Simmons; nephew, Kapukawai Teixeira; and many loving extended family members and friends.

The family of Isaac James Honokaupu created this Life Tributes page to make it easy to share your memories.

Isaac James Honokaupu, 30, of Haiku, passed away peacefully on...