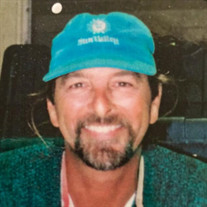 Captain John “JJ” Watson Jordan of Kihei, Maui, Hawaii passed away suddenly on Sunday, January 15, 2017. He was 64 years young. Born in Staunton, Virginia on March 18, 1952, he graduated from Robert E. Lee High School and earned a degree in Botany with a minor in Parapsychology and Religion from the University of Georgia. He moved to Maui, with his son Matthew, in 1979. An amazing father, caring husband and a well-respected charter boat Captain, John had a great love for family, music, video games, and the outdoors. His childhood passion for fishing drove him to earn his 100 Ton, Master Credential. He spent the past 20 years as a charter boat Captain. John is survived by his wife, Tina: his son and daughter-in-law, Matthew and Linda of Austin, TX: grandchildren, Flynn and Josie; brother Bill of Staunton, VA. John is preceded in death by his parents, Arline and Bill (William G) Jordan. In lieu of flowers, donations can be made - in his honor - to Guide Dogs of America by calling Rhonda Bissell @ 818.822.9218. As per his request, John’s ashes will be scattered at sea. A celebration of his life will take place during the week of August 12th, 2017.

The family of John "JJ" Watson Jordan created this Life Tributes page to make it easy to share your memories.