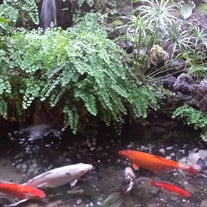 Koon Fook Yen was born on the Island of Molokai on February 17, 1923 and passed away on March 29, 2018 at Hale Makua Kahului. He loved to cook and really loved Las Vegas. Keno was his love. Visitation will be held Friday, April 13, 2018 at... View Obituary & Service Information

The family of Koon Fook Yen created this Life Tributes page to make it easy to share your memories.

Koon Fook Yen was born on the Island of Molokai on February 17,...