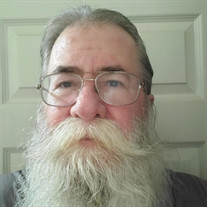 On September 5, 2021, Timothy Craig Walker of Wailuku, Maui, passed away at age 63 following a brief illness. Tim was born at Maui Memorial Medical Center on January 11, 1958. His younger years were spent living on Baldwin Avenue. He would play with his friends in the pineapple fields and in the banyan trees at the home of his grandparents, a few doors down. He would sneak out some afternoons at 4:00 to visit his grandfather and watch The Three Stooges with him. According to him, "It was worth mom's scoldings." His family moved to the Phillipines for his father's work until 1972 when they relocated to Yakima, WA. Tim graduated from Eisenhower High School and attended Washington State University for a few years, then lived and worked in Yakima until 1990. After moving back to Maui, Tim worked at a few different design firms before his days as a cartographer at HC&S. He enjoyed the friendship and camaraderie of his colleagues and co-workers there until the plant closed. Tim was involved with the Boy Scouts with his son, Jess Walker. He appreciated the sense of accomplishment and confidence on the faces of the boys when earning their badges and participating in the annual Camporee and Camp Maluhia events. He chaperoned his son's trip to the Boy Scout Jamboree in Virginia with their Scout Troop. Tim was preceeded in death by his parents, Patrick Freeman Walker and Susan Tuttle Walker, as well as his nephew, Johnny Walker of Medford, OR. He is survived by his wife, Mary and son Jess. He is also survived by his brother Mike (Lynn) Walker of Placerville, CA; sister Debbie Walker of Yakima, WA, and brother Phil (Patty) Walker of Medford, OR, and numerous cousins, nieces, nephews and in-laws. Tim always admired a good joke or talk story session. He had intelligence and a wickedly quick sense of humor and he was a kind man to all, particularly children and animals. It distressed him to not have time to say goodbye, but he treasured the memories he had with his friends and family and wanted them to know he loved them. We would like to thank Dr. Choi, and her staff, Dr. Cook, Dr. Barnes and Sherelle Lum, as well as the many doctors and staff of Maui Memorial Medical Center, and Maui Medical Group for their kindness and efforts in his last days. In lieu of flowers, we ask that you make a donation to the American Cancer Society and Melanoma Research Alliance, The Boy Scouts of America, The Maui Humane Society, or a charity of your choice. A service is not planned at this time due to Covid restrictions.

On September 5, 2021, Timothy Craig Walker of Wailuku, Maui, passed away at age 63 following a brief illness. Tim was born at Maui Memorial Medical Center on January 11, 1958. His younger years were spent living on Baldwin Avenue. He would... View Obituary & Service Information

The family of Timothy Craig Walker created this Life Tributes page to make it easy to share your memories.