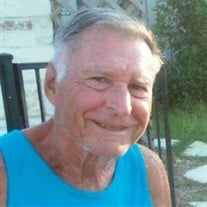 Tom Vicelja, 81, of Lahaina, passed away unexpectedly on July 15, 2017 at Maui Memorial Medical Center with his loving family by his side. A celebration of Tom’s life and scattering service will be held at Baby Beach in Lahaina in July. For further details, please call 385-6106. Tom was born on April 22, 1936 in Los Angeles, to Louis and Frances Vicelja. After graduating from Mount Carmel High school, he went on to study law at USC, earning his law degree in 1960. Upon his completion, he began working for Northrop Grumman in the legal department. A career that would span over 26 years. After retiring, Tom and his wife Johanna moved to Lahaina in 1997 and spent many, very happy years together. During this time, for 16 years, he was a substitute teacher from kindergarten to 5th grade, known as “Mr. Tom”, and really loved it. He spent many mornings walking his dog at Sharkpit and afternoons at Baby Beach reading a good book. He kept busy watching football, playing tennis and bridge. He really enjoyed spending Halloween on Front Street, where everyone thought he was Hugh Hefner. He is survived by his beloved wife of 28 years, Johanna Bergman; 3 daughters, Julie (David) Walden, Lorrie (Tom) LaVallee & Lisa (Steve) Hinkebein; stepdaughter, Ingrid Keus; stepson, Tom (Angie) Keus; 7 grandchildren, Jason & Alyssa Walden, Justin & Alexa LaVallee, Sophia, Nick, & Sarah Hinkebein; and 2 step-grandsons, Jackson & Connor Keus; brother, Joe (Theresa) Vicelja and many loving nephews and nieces in Southern California. Thanks to everyone for all the love and support we have received during this very difficult time.

Tom Vicelja, 81, of Lahaina, passed away unexpectedly on July 15, 2017 at Maui Memorial Medical Center with his loving family by his side. A celebration of Tom&#8217;s life and scattering service will be held at Baby Beach in Lahaina in July.... View Obituary & Service Information

The family of Tom Vicelja created this Life Tributes page to make it easy to share your memories.

Tom Vicelja, 81, of Lahaina, passed away unexpectedly on July...